In November, SF State student and SF BUILD Scholar Steven Lomeli traveled to Anaheim, California for the Annual Biomedical Research Conference for Minority Students (ABRCMS) — and came back an award winner, having been recognized for his presentation in the division of immunology.

“It felt so gratifying,” Lomeli said of the award, which was sponsored by the American Association for Immunology and the Society for Leukocyte Biology. “To be recognized by one of the top organizations in your field is very humbling.”

Lomeli’s poster presentation was the result of his research in the lab of Jeoung-Sook Shin, associate professor of microbiology and immunology at the University of California, San Francisco. Lomeli’s work uses mice as a model to explore the connection between a specific gene and multiple sclerosis, an autoimmune disease.

When he started working in the lab in 2018, it was Lomeli’s first research experience outside of the classroom. It wasn’t an easy adjustment.

“When it came to actually making mistakes, I just felt really intimidated,” Lomeli said. “There were many times where I felt extremely discouraged.” After that rocky start, he redoubled his efforts to get up to speed, working more than his mandated hours. Eventually, he was given his own project performing the research for which he won the presentation award.

Lomeli says he owes his success to the support of his mentors, including those he met through the SF BUILD program like SF State Adjunct Assistant Professor Cathy Samayoa and UCSF Professor of Medicine Peter Chin-Hong. Also crucial was the discipline he learned as a martial artist. In addition to his studies and research, Lomeli is the president of SF State’s Brazilian Jiu Jitsu and Striking Club.

“Without the resiliency that I acquired through martial arts and relying on my support system, I don’t know if I would have stayed in my lab,” he said.

But he did stay — and he has an award to show for it, along with an array of lab skills and the confidence to face new challenges. Next, Lomeli aims to pursue a Ph.D. in immunology, and is especially focused on studying epidemics like HIV and cardiovascular disease that disproportionately affect people of color. He has his sights set high, having applied to some of the top universities for immunology in the country.

“My support system has gotten me here and hopefully will continue to propel me forward,” he said.

This story was originally published on the SF BUILD website. 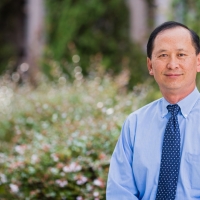 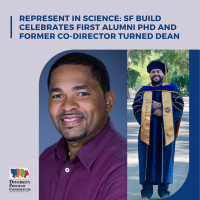 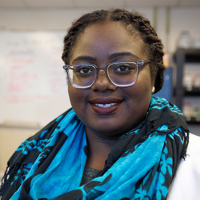 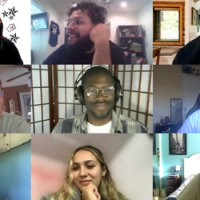